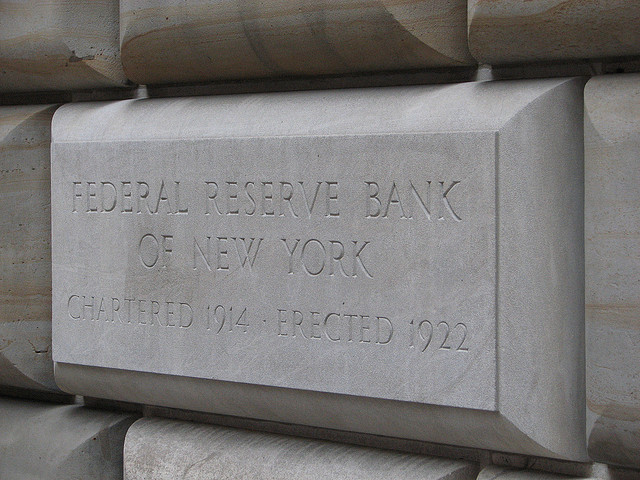 The U.S. Federal Reserve proposed a new plan earlier this week would require eight of the country’s largest banks and financial institutions to aside a greater amount of capital in event of a financial crisis.

It’s no secret that one of the factors contributing to the 2007-2008 economic meltdown was a lack of capital by banks. When homeowners defaulted on their mortgage, the banks were forced to foot the bill. Of course, this triggered a chain reaction in which the Federal Reserve was forced to bail them, spending billions of taxpayers’ dollars.

This new plan would require banks to allocate money so this type of crisis doesn’t reoccur. According to an article published by the NY Times,� the eight banks of which this proposed plan affects — JPMorgan Chase, Goldman Sachs, State Street, Morgan Stanley, Bank of New York Mellon, Bank of America, Wells Fargo and Citigroup — would have to raise $21 billion in additional capital. That may seem like a hefty figure, but federal regulators say most, if not all, of the banks affected already have this amount of capital set aside.

Up until now, banks operating in the U.S. are required to have a minimum of 7% capital based on their assets. Under this new proposal, however, the Federal Reserve will add various “surcharges” based on the bank’s size, business locations, and its overall function. Generally speaking, larger banks will be subject to greater surcharges, which subsequently increases their respective capital requirements.

Small businesses that aim to provide venture capital to start up businesses and entrepreneurs, on the other hand, will feel less of a shock from the Federal Reserve’s proposed plan. Assuming the bank has a “simple” operation (offering small business loans, venture capital, etc.), it will receive fewer/lower surcharges.

“The proposed regulation differs from the international framework in two significant respects: the calibration of surcharges would generally be higher than those applicable to the eight covered U.S. banks under the international standard, and the formula by which we calculate applicable surcharges would directly take into account the reliance of each firm on short-term wholesale funding,” wrote the Federal Reserve in a description of the proposed plan to increase capital requirements for U.S. banks.

What do you think of the Federal Reserve’s proposed plan? Let us know in the comments section below!