China Devalues its Currency: How This Affects The US 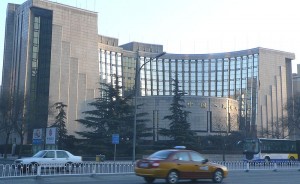 On Wednesday, China devalued its currency for the second day in a row, sparking controversy from a number of US financial experts.

China has allowed its currency — the yuan — to grow untouched over the past decade, signaling a strong economy. But on Tuesday, the world’s second largest economy shocked financial experts everywhere it announced plans to devalue the yuan — and this wasn’t just a small devaluation, either. According to experts, Tuesday marked the biggest value change for China in more than 20 years. What’s even more alarming, however, is the fact that China followed up with a second devaluation on Wednesday, leaving many people wondering how this will affect the US economy.

From the moment news of the first devaluation was made, ripples could be felt throughout global markets. Commodity prices fell sharpy, with stock exchanges in Asia and Europe suffering losses of roughly 1%. London’s FTSE also took a hit in the wake of China’s devaluation, falling nearly 2% before flat-lining at 6571.

The yuan’s devaluation has already impacted the financial markets here in the US. By devaluing its currency, there’s a greater incentive for US businesses to open shop in China. This means cheaper imports paired with more expensive exports, which of course is generally viewed as bad for the US economy overall.

Another way in which China’s currency devaluation affects the US involves interest rates. As noted by USA Today, a stronger dollar over the yuan could depress inflation rates, which may subsequently result in the Federal Reserve holding off on raising interest rates. We’ve talked about this before on our blog, but it’s worth noting again that the Feds are in talks to raise interest rates. With the yuan being devalued, though, we may not see an interest rate hike until next year at the earliest.

When questioned as to its motives for devaluing the yuan, Chinese officials said the move was intended to set exchange rates in line with free market practices.

“…the Chinese central bank argued on Tuesday that its goals were more mundane than spurring exports and growth. Rather, the bank said that the change was a one-time event to allow it to set exchange rates in line with free market practices. And in their initial responses, many analysts agreed,” wrote the WashingtonPost.

Turn Your Great Startup Idea into a Reality