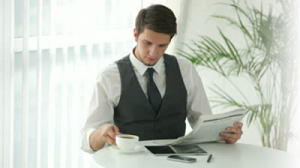 “The illusion that low interest rates signal easy money for entrepreneurial business growth is simply that – an illusion. The banks have no real incentive to lend and the EPA’s fanatic commitment to the destruction of the coal industry will continue to drive energy costs up, further challenging established companies, as well as startups.”

We’re looking at 1950s-style interest rates. And we may be looking at this for a long time… this low-interest-rate scenario is very bullish for stocks.

Are the Ben Bernanke’s loose lips the real cause of surging stocks and plunging interest rates?
Here’s the backstory: The so-called smart money on Wall Street had it all wrong. “Sell in May, and go away” was the big theme a month ago.
Oops. The broad-based S&P 500 has jumped another 2.5% to a record high near 1920.
Meanwhile, 10-year Treasury rates unexpectedly dropped to less than 2.5%. So if the Wall Street pros are honest, they’ll admit they’ve been selling stocks and bonds, not buying them, and therefore got the story all wrong.
And perhaps most surprisingly, the so-called “real” or inflation-protected 10-year TIPS yield also dropped another 25 basic points.
Year to date, this key proxy for real economic growth has unexpectedly fallen 56 basis points to a low 0.2%. This is an election-year economic warning for Democrats.
But in effect, we’re looking at 1950s-style interest rates. And we may be looking at this for a long time. Presuming corporate profits continue to rise around 5% or 6%, this low-interest-rate scenario is very bullish for stocks.
Now let’s turn back to Bernanke and his loose lips. He may have been the catalyst for the recent market rally.
Beginning in late March, roughly two months after his Fed chairmanship ended, Bernanke gave several high-priced private-dinner talks for major hedge-fund players and banks.
Should he have done it? Well, there’s nothing illegal about it.
And he did observe a two-month cooling-off period after leaving the Fed. And he’s certainly no lobbyist, so there are no conflicts of interest. But when he told at least one dinner audience that the Fed’s key target fed funds rate would not rise to its long-term average of around 4%, he made big news. In fact, he made shock-effect news. So far as I know, Fed Chairwoman Janet Yellen has never been this specific. But people believe Bernanke is tied to Yellen’s hip. So his forecast of abnormally low rates is very important.
It suggests easy money as far as the eye can see. It also indicates that the Fed may not truly tighten monetary policy in my lifetime.
On top of all that, Bernanke strongly hinted that, if necessary, the Fed may well overshoot it’s 2% inflation target. This too is big news.
Clearly, the ex-Fed chief let the big-money high-rollers in on a very bullish, ultra-easy-money scenario.
But word eventually trickled out, and markets jumped all over it. That’s one reason why stocks have been rallying despite a 1% contraction of first-quarter GDP.
Sure, most of that was weather-related. And there will be a snap back of perhaps 4% in the spring quarter ending in June.
But underneath the headline GDP numbers, various measures of final sales, excluding a big inventory drop and the trade figures, are still showing an economy growing around 2%.
Business investment remains soft. The bloom is off the rose for housing. And it looks like no pro-growth policy measures are coming out of Washington.
Instead, the EPA is going to try to destroy the coal industry. New Obama Care rules for corporate employer-based health care are going to raise tax burdens.
And despite my almost daily pleas to abolish the corporate income tax or at least slash its top rate – moves that would maximize wages, bring overseas profits back home and spur significant domestic business investment – there isn’t going to be any action on corporate tax reform, at least until after the election.
So despite all of Bernanke’s ultra-low-interest-rate thinking.
No doubt, a falling real interest rate is clear signal of more tepid economic growth ahead, an election-year danger sign for Democrats.
But it’s a much different story for stocks. With the inflation rate only around 1.5% and gold prices plunging, Bernanke’s loose lips – indicating plenty more loose money – are driving share prices higher.
Seasoned investors will tell you: Don’t fight the Fed. Whether the central bank is right or wrong, that’s good stock market advice.

Email: ibd.letters@investors.com
Letters To The Editor must include name, address and daytime phone number (for verification only).