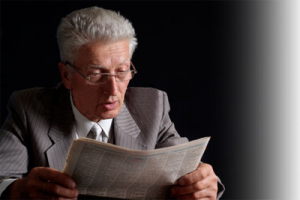 “The true price of “cheap labor” via immigration “reform” may, ultimately, be far higher than originally envisioned. Let’s call it what it is: Amnesty – and the cost to the U.S. tax payers of more than $6 trillion to assimilate more than 11 million illegals should be too ridiculous to consider. Ah, but all one has to do is to be a student of recent U.S. history on the matter.”

Across Lafayette Park, acing the White House, sits an imposing stone structure, framed by ornate Corinthian columns and comprising a significant chunk of a full city block. It is home to the Chamber of Commerce of the United States of America, the historic bastion of American business and industry.
Since its founding slightly more than a century ago, the chamber has engaged in countless issues from keeping unions in check to job training and tax reform.
But increasingly, the chamber is staying from its original principles, and there is no greater example than its supporting amnesty for illegal immigrants.
The national chamber is one of the nations loudest advocates for amnesty for people who broke the law entering the U.S.
Chamber President Tom Donohue even went so far as to warn the Republican Party on May 12 not to bother running a candidate for president in 2016 absent support from the congressional GOP for immigration “reform,” a term that has become synonymous with amnesty in recent months.
Why the chamber and other business interests support amnesty so vociferously is quizzical. The conventional wisdom is that business wants cheap labor. It’s a cynical argument but one that contains a grain of logic, and cheap labor would certainly be one of the byproducts of amnesty.
But the future economic and political fallout of amnesty is anathema to business and industry. Bigger government, unsustainable federal spending, a growing welfare state and an electorate to perpetuate it hold the potential to doom the free-market system that the chamber has historically encouraged.
Amnesty would be a disaster for the federal budget. The taxpayer cost of amnesty for the estimated 11.5 million illegal immigrants currently in the U.S. is a staggering $6.3 trillion, according to a 2013 Heritage Foundation study. The group’s research shows that illegal immigrant are likely to receive three times more money in government benefits than they would pay in taxes.
How this level of government spending helps promote free-market commerce is baffling.
Amnesty would also be a disaster by growing the American welfare state. There are certainly some illegal immigrants in the U.S. who possess the education and skills to complete and advance in professional careers, but most do not. Census Bureau data show that the typical illegal immigrant is 34 years old, has a 10th-grade education and an annual income of less than $25,000. Amnesty would qualify millions of people for scores of means-tested welfare programs and would stretch welfare spending to the breaking point.
Less easily quantified is how amnesty would be a moral disaster. The idea of rewarding people for illegal behavior makes a mockery of the rule of law on which this nation was built.
Rule of law is also a prerequisite for commerce on all levels; if one particular law or set of laws can be disregarded, any law can be disregarded. The erosion of the rule of law would create a chaotic environment in which commerce cannot be well conducted.
Some analysts have claimed that the only way the Republican Party can increase its share of the Hispanic and Latino vote is to support amnesty, a claim that further defies logic. Those who are legally eligible to vote did not break the law to come here.
Amnesty for illegal immigrants would be a stunning insult to the men and women who played by the rules and entered the U.S. legally in pursuit of their American Dream. For the GOP to believe that amnesty means victory at the ballot box is delusional.
It makes no sense for the U.S. Chamber of Commerce to support such fatally flawed policy, yet it does, inexplicably so. It’s a symptom of how the Washington establishment assumes a “go along to get along” approach to policy, even when that policy works against its long-term interests.
Amnesty is a very dangerous position for the chamber and one that would make the organization unrecognizable to men who found it.

Email: ibd.letters@investors.com
Letters To The Editor must include name, address and daytime phone number (for verification only).