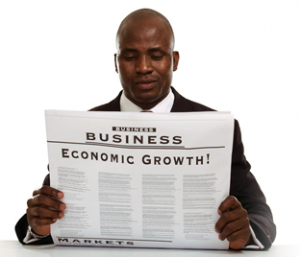 “Astute followers of the on-profit industry (as well as those who follow this page on our website) are not surprised at all by this News piece. Many – if not most – non-profits are quite profitable, while employing many artful methods of avoiding reporting so.”

If you’re not willing to clean up a nonprofit, don’t serve on its board.

Before there was Obama Care, there was runaway price inflation in health care.
For example, last summer my wife went to a private clinic to get a simple cortisone injection in her foot. She’d had this done four and a half years earlier. Same clinic, same doctor, same $1 medication, but a very different bill – from $146 in 2009 to $987 in 2013! Why the difference?
The for-profit clinic had been purchased by a nonprofit hospital.
Surprisingly, the industries that have the most rampant price-inflation problems – health care and higher education – are dominated by nonprofit providers. Could it be that they are just as profit-driven as big, for-profit corporations?
It certainly seems so. While legally organized and taxed as nonprofits, many health care and higher education providers are hardly selfless, and as their prices have dramatically increased, so have their profits.
It is often assumed that nonprofit institutions, simply by virtue of their tax designation, never make a profit. Many colleges and hospitals don’t report that they have realized profits, even when those profits are significant. Indeed, they often report profits as expenses.
Here’s how colleges do it: The operating profit margin on undergraduate education at public research universities is about 60%. This isn’t apparent because that money, rather than being parceled out to investors, is spent on employees or auxiliary functions.
In other words, rather than report a profit, a college might up its president’s salary to 1$ million or create more administrative positions.
Not all excess spending is necessarily a waste. Some of the money might go to subsidize research that benefits society – but still spending that doesn’t directly benefit paying customers.
Nonprofit health care is even worse. For example, the large nonprofit hospitals in Oklahoma generally charge two to three times as much as the doctor-owned, for-profit surgery centers. That’s for the same procedure performed by the same surgeon.
What does the “nonprofit” hospital do with all that extra money? It certainly doesn’t subsidize a lot of indigent health care. Expenses for charity care and bad debts amount to at most 6% of the average hospital’s revenues, and some estimates lower than that. Nonprofit colleges and hospitals didn’t start with a focus on profits but on making education and health care more affordable.
Over time, however, they changed to the point where they would be unrecognizable to their founders or even active supporters from just 30 years ago. They were supposed to sell services at a loss and cover the losses with donations rather than making profits from selling services.
What can be done to restore these organizations to their mission?
First, educate students and patients that a nonprofit legal status is no guarantee that schools or hospital aren’t trying to get every dollar they can. Openly for-profit entities could be a better deal.
Second, to policymakers: Level the playing field. Eliminate policies designated to protect nonprofits at the expense of patients and students. A particularly egregious example is in health care, where the expansion of lower-priced, physician-owned hospitals is severely limited, but high-priced nonprofit hospitals are allowed to purchase physician practices.
Why should nonprofits get a property-tax edge over their for-profit competitors? After all, provider who are honest about making a profit – and there are lots of reasons to want honest profit-making, which drives efficiency and innovation – have to pay taxes. Not so for their competitors clothed in faux angel’s wings.
Third, to the management of nonprofits: Change. You can charge lower prices. For example, nonprofit Western Governor’s University is almost totally funded by student tuition, yet the average cost of its undergraduate degree is $17,000, vastly cheaper than the $56,000 that student and state pay for a degree from a public regional college.
The key to charging lower prices is reducing costs by eliminating expenses that aren’t necessary to provide quality service.
Finally, to the members o nonprofit governing broads: It’s time for a self-evaluation. You have a legal and moral responsibility to students and patients. Whose benefits do you want your institution to maximize? The patients’ and students’ or insiders? Cleaning up a nonprofit is hard work. But if you’re willing to do it, don’t serve on the board.

Fried is an adjunct scholar at the Cato Institute and the Riata Professor of Entrepreneurship at Oklahoma State University
Share This Blog!
bigfinancialhealth carehospitalIEGinflationinjectionIntrepidMaking Big MoneymoneyNonprofitspricesprivate clinicVance Fried