TAXING RICH WON’T END INEQUALITY – BUT IT WILL MAKE US ALL POORER CLICK on this must read article! The misunderstandings on this subject are absolutely legion! 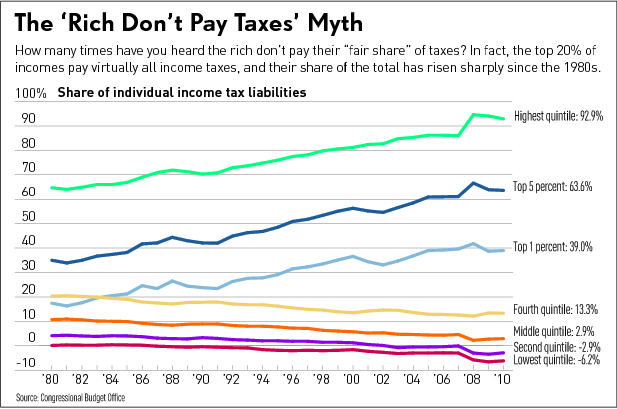 Thomas Piketty’s “Capital in the 21st Century” fell as manna from heaven for the ideologist who fret about income inequality in the United States.

The rock-star French economist proposes taxes of up to 80% on income and wealth — not, he acknowledges, to raise revenue and benefit the poor but to discourage the rich from becoming richer.

To understand why, we need to acknowledge that the rich do a lot for the rest of us, not always because they intend to. In America, high-income households:

• Pay most of the income taxes: One poll after another finds that Americans don’t think the rich pay their fair share of taxes.

The question presumes the public knows the tax burden on high-income households. When asked about it, though, most Americans say the rich pay less than they actually do.

Truth be told, the rich have increasingly funded society’s welfare and other public goods.

• Contribute heavily to charity: According to the Chronicle of Philanthropy, Facebook founder Mark Zuckerberg and his wife Priscilla Chan made last year’s largest donation — $992 million.

The Bill and Melinda Gates foundation is the nation’s largest, with assets of $40 billion, including $13 billion from investor Warren Buffett.

• Save their money and invest in companies: The rich do most of America’s saving. Their money doesn’t sit idly in a vault. Financial markets put it to work making loans that help the rest of us buy homes, start businesses and hire workers.